How Gadgets Are Harming Your Child?

More and more children are using gadgets such as smartphones and tablets these days. And while these gadgets have some advantages for children, there are also hidden side effects of gadgets on child that might be subjected to if they use these devices too much. There’s even a word for all these aches and pains, called “digital disabilities.”

Why are children addicted to electronic gadgets?

It is no wonder that children and adolescents are addicted to gadgets and are unable to spend an hour without them or a whole day alone. Playing with electronic instruments is not just a component of life for some children, it’s the only thing in life. They have their parents to thank for that, of course. Parents who seem to turn blind eyes and hearings to the negative effects of placing an electronic gadget in the hand of their child. If you’re the parent of a child under the age of 15 who has gadgets all over the place, you might want to take a look at how your child uses those gadgets. Here are a few reasons why kids are addicted to electronic gadgets.

Side Effects Of Gadgets On Child

It is a fact that children are more vulnerable than adults to spend time on electronic gadgets. Digital screens have a far greater impact on your child’s overall development than it does on the eye. Most of the side effects of gadgets on child are listed below.

Several types of stress injuries that can be caused by using gadgets are shoulder, wrist and hand pain. Specifically, the main culprits for these injuries are laptop trackpads and unsuitable posture when typing.

In addition, using smartphones at odd angles, such as when lying in bed, in public transportation, etc. can cause thumb pain, hand impairment from all swiping, texting, tapping, and scrolling.

To avoid these injuries, it would be better to use a separate mouse than a trackpad. It is also very important to spend less time using smartphones because it reduces the repetitive stress on the hands, fingers, and wrists.

Our moms always told us to sit up straight whenever we were sitting down when we were younger. You can see with the advent of laptops and tablets that more and more children are being hunched over these devices instead of sitting up straight.

Older people are beginning to experience neck and back pain that can be attributed to poor posture.

The fix? Make sure that when using their gadgets your kids sit up straight. When using tablets or smartphones, be sure to correct their posture if you see them hunched over.

Of course, looking at an LCD screen for hours will not be good for your eyes. While you might believe that your kids are benefiting from educational apps or doing internet research, consideration should also be given to the harm that can be caused if they look too long on the screen.

Starting too long on a screen can cause, among others, dry eyes, headaches, tiredness, blurred vision, myopia.

So, what is the best way to avoid damage to the eyes? Limit the use of smartphones, laptops, or other gadgets by your kids. And if they’re using these gadgets, make sure they’re doing it in a well-lit room, not turning off the lights as the bright screen can be harmful to their eyes.

This one is most prevalent for children who use gadgets like music players, or those who listen on their devices or laptops to a lot of music.

The issue is the amount they use to listen to their music. Children tend to hear louder music, and most of them listen to music for hours at a moment.

At a very young age, this can cause hearing loss, and numerous other wounds as loud music can harm their ears ‘ nerve cells.

So, what’s the option? Well, when you tell them to turn the music down, most kids won’t really listen to you, so a nice choice would be to purchase them a small speaker they could use instead of earphones. So, when they listen to music, the sound won’t be concentrated on their ears.

If children and devices become inseparable, the attachment can hinder a relationship between your kid and their friends and family. Keep this up and your two years can become a social recluse without having any normal friends outside your digital world.

The more children use gadgets, the more they are addicted. Mothers all over the world are concerned about the moment their kids watch TV and video games. These addictions operate like most addictions, acting as a significant motivator for the kid, which is why in the formative years the kid finds it very hard to concentrate on studying. Increased screen time decreases the child’s general focus, making it difficult for him to concentrate on studies.

As the saying goes, prevention is better than cure. Limited use is not harmful to any gadget. Anyway, when there’s so much more they can do at that age, kids don’t need the gadget to maintain them busy.

After all, we all managed to grow up well without our territory being invaded by the world of technology, didn’t we? So why expose your kid to entertainment gadgets? Allow them to grow up to puzzles and tennis rackets from dolls and building blocks. They’ll be happy that you’ve done it!

What Is Computer Vision Syndrome?

Growing Up In The Digital Age 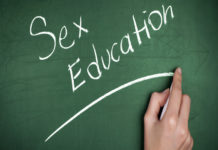 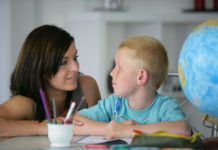 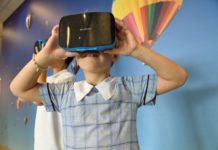 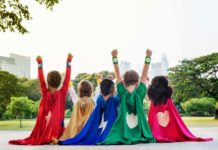 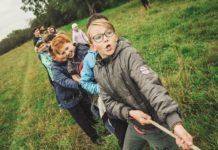 Know All About Periodontitis

How To Stay Motivated All The Time?