“Marriages & Motherhood in India Becoming less Traditional” Days are gone when getting married is one of the biggest concerns  for women in India. Today, women are postponing the marriage & motherhood  as much as they can. Liberal Society or Financial Freedom is not only the factor which changes the perception of women for marriage & motherhood There are many other factors which shape the mindset of young Indian women for marriage.

Same goes for motherhood also. Now women do not want to take liabilities before they feel themselves settled for their career. Not like earlier age where marriages and motherhood were bound by the age. Today’s woman is career oriented and she creates her own identity, and because of this she has a fear of losing her independence.

Reasons Why Indian Women Are Scared Of Marriage & Motherhood: 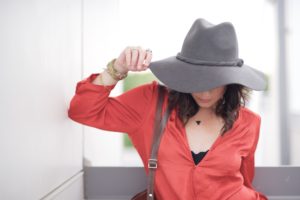 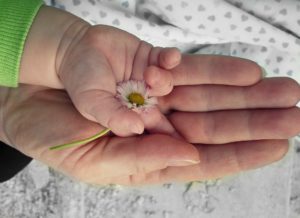 Not every Young Indian Woman is commitment phobic or don’t want to be a mother. Today’s woman can do various tasks easily. They know how to balance personal and professional life.  Marriage and motherhood is their choice. They don’t want the interference of society  to get married at  the right age and become a mother. There are many examples where they are single and  successful and living a fruitful life, also there is an  example of an unmarried single mother who adopted the child or become mothers through surrogacy or IVF are raising their child very well, & Also, there is anexample of mothers who became a mother when they want to be & not at the right age or when society wants.

May this smile of yours remain intact FOREVER….?❤ #LataMangeshkar

Unmarried Single Mother: Becoming a mother is a matter of choice. Taking a responsibility of children without getting married is in trend and also a powerful move. We have many examples of unmarried single moms who boldly taken the step of becoming a mother.

Women Who Become Mothers When They Wanted To:  Many women became mother when they are desirous to become and not because the age bound. The right decision is important to become a parent not the age.

Sundays are for riding . And the next best thing is polishing the bike. And introducing the offspring to it . He seems to like it, though it will be a long, long time before he gets a ride on it. #swipe #instabike #bikerchick #biker #bonneville #bonnevillet120 #triumph #motorcyclediaries # motorbike

Sufi and Soleil are literally the apples of my eye. ? And I want to make sure that I give them nothing but the best. ✨ For their skin care, my first choice was the all new Johnson's. Their new range of products have changed inside out. With no parabens, no dyes and no sulphates, the products are really pure and gentle. ? I was also really glad to know that these products pass the most stringent global regulatory standards. ?‍? I absolutely love their Baby lotion for my little ones. It's so mild on their skin and keeps it really soft and smooth. ? I #CHOOSEgentle with the all new Johnson's. @johnsonsbabyindia Shot by: @popitproductions

“It’s natural to be a Commitment phobic for long term relation  and taking time for making the decision to be a mother. It’s a matter of choice of yours  whether you want to get married, becoming a mother or single throughout your life. It’s your choice not others. Be practical and thoughtful before taking any decision”