To be a parent is a difficult job and having twins is just like stepping up the challenge without asking for it. A lot of stuff needs to be reconsidered if you have more than one child at the same time, including feeding them to taking care of them and even letting them sleep. Many parents wonder whether twins should sleep in the same crib or whether they will have separate beds or separate rooms to grow up in. Future room decisions can be taken as soon as they grow up, but as babies sleep together, the coin has two sides, benefits, and risks. Continue reading to know can twins sleep together.

Should Your Newborn Twins Sleep Together?

There are several parts to the answer to this question and a lot of dependencies as well. Usually, getting the twins to separate is usually not a concern when children are newborns. The babies’ movements are still restricted and the other people are less likely to be bothered. This works even though one child is crying while the other is sleeping because the sleeping cycles of the baby are quite intense while they appear to sleep quite quickly. However, as your twins start to grow up, the probability of one upsetting the other start to enhance, and you might have to rethink your decision to keep them together.

Till What Age Should Twins Sleep Together?

Doctors would say that if one of the other does not start hindering the other’s sleep, it’s fine to put your twins together in a crib. It’s mainly until the early childhood era. As said before, children have a very curious mind, and if one of the two is more curious (as always happens!) then the other is most likely to be disturbed.
When they begin to grow, you can start making plans to place them in separate cribs, just as it is important to make them feel next to each other when they are babies, it is equally important to encourage them to develop into two different personalities separately. 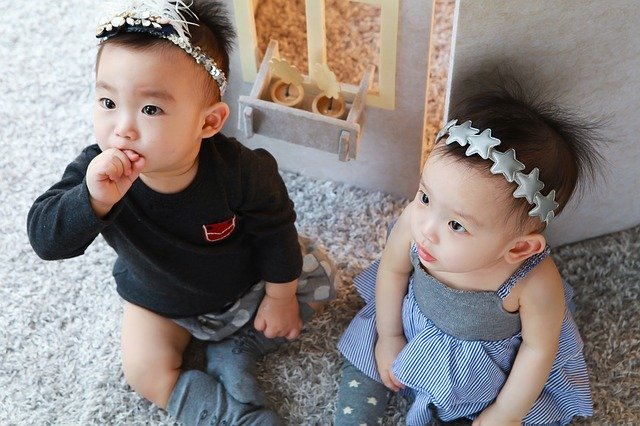 Pros of Making Twins Sleep Together

Being in the same bed or room for your twins offers many advantages both for the babies and for you.

Cons of Making Twins Sleep Together

One of the best things to happen to a baby is having a companion. But, as they grow up together, the twins can begin to have a variety of problems.

While your babies have twins, their personalities are entirely different, eat, and sleep cycles, so so their bedding arrangements should be made accordingly. It is also very evident that they will ask you for their separate spaces after a certain age. If you think it’s too soon to give them separate rooms you can settle down in the same room for separate beds or if they’re older enough you can also go for the separate room option.
On your own gathering clues from their mental development, you’ll have to make the decision.

There is a very special connection between twins. So, there’s nothing that can change their relationship, whether you sleep them together or in separate beds. The main thing is you need to take the right decision at the right time to give your children the best atmosphere.

Risks of Sharing a Crib for Twins

SIDS is a very real risk that you may be exposing your babies to when twins sleep together. Sudden Infant Death Syndrome (SIDS) is typically the reason why parents are told not to sleep in the same bed as themselves and keep their baby in a separate crib. However, this often applies to twins living together, as situations can occur where the babies sleep in an odd place, which may end up limiting either baby’s supply of oxygen and leading to death by suffocation.

Tips to Make Twins Sleep Together

There are a few ideas that parents should be aware of when they feel stressed by having twin babies sleeping together. 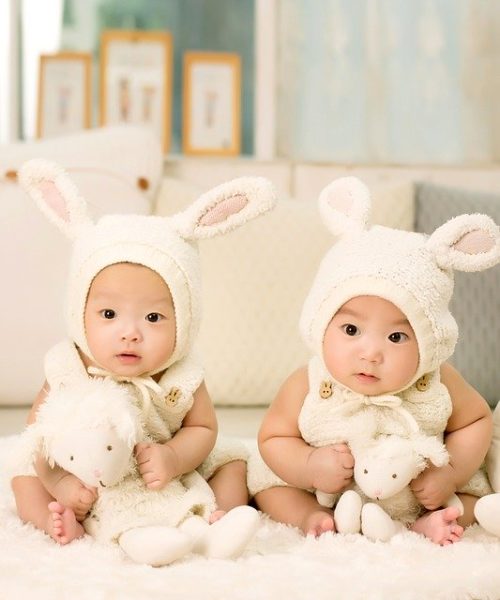 There is no definitive answer when it comes to finding out how long twins sleep together. The twins can be together, as long as each baby has enough room for himself and is happy where he is. Growing up with a companion is a wonderful thing and your twins will soon have an amazing connection between them that will be valued for life.

Also Read: Interesting Facts About Twins You Must Know