One of the Hindu religions’ most famous festivals is Raksha Bandhan, the day of honoring brother and sister relations. In English, “Raksha Bandhan” is a bond of protection, duty, or care. Raksha Bandhan falls on the last day of the Shravan lunar calendar month according to the Hindu calendar. In 2020, Raksha Bandhan will be celebrated on 3 August; Rakhi Muhurat has been declared 01:44 PM to 04:20 PM. Continue reading to know the history and significance of Raksha Bandhan.

There are two words in the festival: “Raksha” and “Bandhan,” which, according to the Sanskrit wording, means “the tie or knot of protection,” whereas “Raksha” means “protection.” Together, it reflects the everlasting love of a relationship between brothers and sisters, which does not only imply blood relations. It is also celebrated between cousins, sister, and sister-in-law (Bhabhi), fraternal aunt (Bua), and nephew (Bhatija), as well as other such relations. 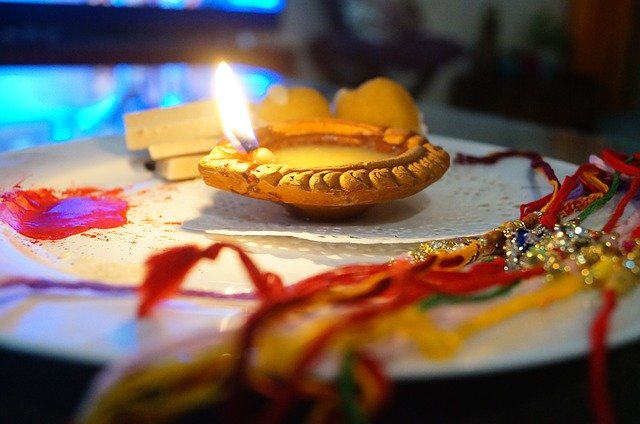 The significance of Raksha Bandhan is determined by its strengthening of the relationship between the sister and the brother that defines Indian society. Raksha Bandhan is an ancient festival and there are many mythological tales about this tradition. India’s history has several stories where brothers have stepped up in times of adversity to protect their sisters. In the ancient days, it is said, queens sent Rakhi symbolizing a brotherhood to their neighbors.

The importance of this festival is so much that special low-cost envelopes are provided by the postal department, through which Rakhis can be sent to their distant brothers. Indian Railways run special trains to recognize the festival’s importance. Although tieing a Rakhi takes just a few minutes, preparations are done many days in advance. For their brothers long before the festival, the sisters choose the special Rakhi. A brother manages to reach out to his sister-however, for a moment, his sister would wait with an empty stomach to tie the ‘sacred thread.’

The Story of Raksha Bandhan

This is a mythological story about Raksha Bandhan for children from the great Mahabharata epic.

Draupadi is believed to have torn her strips of sari once and tied them on the wrist of Krishna which saved her from a wound on the battlefield. So Krishna made her his sister. In return, when she was humiliated by the Kauravas in front of Pandavas who had defeated her in a gambling game, Lord Krishna protected Draupadi. 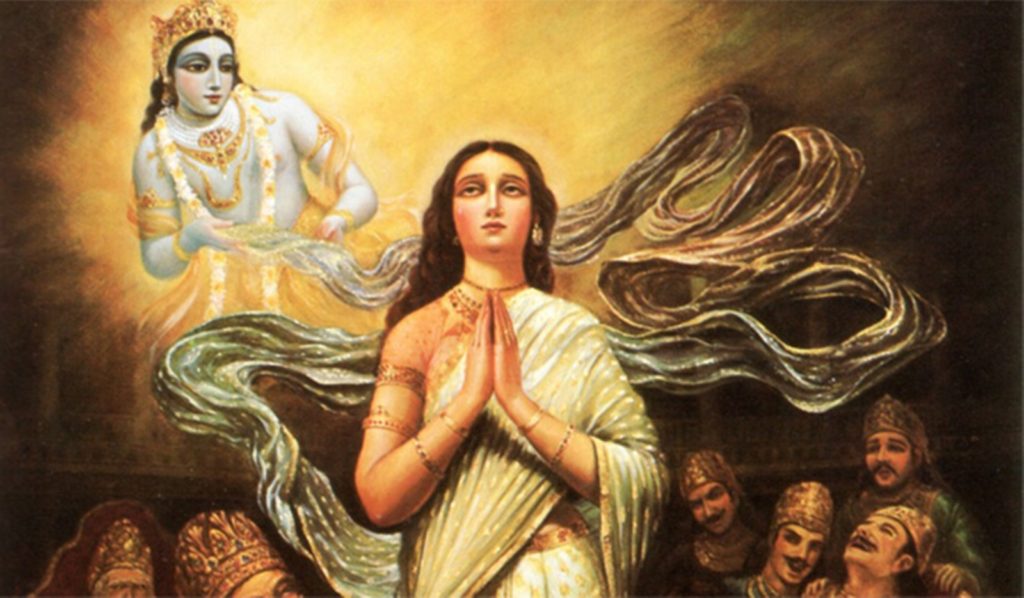 One of Raksha Bandhan’s most famous stories in India is related to the Mughal period in which Rajputs and Mughals struggled. Folklore has it that when Chittor’s widowed Empress, Karnavati, saw a crisis in her kingdom, she sent a Rakhi to Emperor Humayun of Mughal and asked for help in defending her state from the assault on Gujarat’s Bahadur Shah. Humayun immediately sent his army to Chittor to defend it, in due respect of the thread sent by Karnavati.

The legend goes back that long, Lord Vishnu had been trapped in a difficult situation. He was tricked into disguising himself as King Bali’s doorman, Vishnu’s devotee Prahlada’s grandson.

Vishnu was away from home for a long time and his wife, the goddess Lakshmi, was upset about this. Lakshmi has planned to visit Earth to see where Vishnu was. As a Brahmin woman, she disguised herself and went to King Bali. She told him, “My husband went away to work. Can I take shelter in here, please?

King Bali cared deeply for the goddess Lakshmi; he did not even know that the Brahmin woman was a goddess! Lakshmi tied a rakhi around Bali’s wrist on full moon day and prayed simultaneously for his protection. Bali was touched. “Please ask for whatever you want, sister. I’ll grant you that wish. “Lakshmi said,” Free your gatekeeper, please. He’s my husband.

King Bali has been flummoxed! Vishnu and Lakshmi then made Bali conscious of their true self. In keeping with his brotherly word, he asked Vishnu to return to his house. This Rakhi tale of pure sibling love is one of Raksha Bandhan’s most told stories up to this day.

Indeed, the Rakshi Festival is also known as Baleva in commemoration of Bali’s devotion to his sister. The love of a brother is unchangeable, strong, and unbreakable, regardless of how difficult it can be held.

The 2 sons of Lord Ganesha, Shubh and Labh, were told they didn’t have a sister. They asked their father for a sister who eventually obliged their sister on Saint Narada’s intervention. Thus Lord Ganesha created Santoshi Maa through the divine fire, and Lord Ganesha’s two sons got their sister for Raksha Bandhan’s occasion.

We saved this last one. This story is one of the most enduring behind the Raksha Bandhan festival, describing many of the day’s rituals, including aarti, feasting, etc.

Yama, the God of Death, and the Yamuna were brothers and sisters. However, for twelve long years, Yama had not been visiting his sister. The Yamuna was so sad. She missed her brother, and she wanted to meet him. She went for assistance to the Goddess Ganga.

The goddess Ganga reminded Yama of his sister and asked him to go and meet her. The Yamuna had been ecstatic. She welcomed Yama with a lot of food. She tied her wrist to a rakhi as well. The gesture of Yama was so moved that he granted her immortality. He also said, “Any brother who tied Rakhi and promised to protect his sister would also become immortal! “Since that day, the brothers have been going to meet their sisters on the occasion of Rakhi.

Raksha Bandhan is a time of celebration. We hope you have a fun storytelling session with this Raksha Bandhan with your children. Nothing is like a good story for entertaining and delighting children and teaching them some important lessons of love and bonding.