Hindi is one of the oldest languages, and it obtains much of its Sanskrit academic terminology written in the Devanagari script. Do you know that every September 14th in India Hindi Diwas is being celebrated? Let us find out!

On 14 September 1949, the Indian Constitutional Assembly endorsed Hindi as India’s official language. We commemorate Hindi Diwas on 14 September every year in order to show its importance and celebrate their mark of recognition. Hindi is one of the Union Government’s two languages, written in Devanagri and English is a second language. It is one of the Republic of India’s 22 languages.

Hindi’s history belongs to the Indo-Aryan division of the Indo-European family of languages. In the Hindi language, Mughals and Persians added their own flavor. We are all aware that in India there are hundreds of languages and dialects. The biggest question that arose in the country after independence was the language. The Constituent Assembly of India was elected on 6 December 1946 in order to draught India’s Constitution. The Constituent Assembly approved the Constitution’s final draught on 26 November 1949 and, as of 26 January 1950 it became effective throughout the country.

Besides India, Hindi is also spoken in a number of other countries, including Nepal, Guyana, Trinidad and Tobago, Suriname, Fiji, and Mauritius.

Why Hindi Diwas is celebrated?

Upon independence, the Indian government set a goal to make the mother tongue of the country ideal and to set the target of grammar and spelling by means of the Devanagari script in writing to standardize. Then the Constitutional Assembly held a vote on 14 September 1949 to determine that the Hindi language was India’s official language. As early as 14 September 1953, India celebrates Hindi Diwas on an annual basis to advance the importance of this decision and to spread Hindi across each region, at the request of the Rashtrabhasha Prachar Samiti, Wardha.

In Hindi Diwas, students take part in literary programs throughout the country by schools. The importance and history of the Hindi language are explained to the students organized by schools and colleges on this occasion. Different competitions such as essay writing, poetry recitation, debate and other widely participate. Users of social media also benefit from sharing quotes and poems to celebrate the day.

Hindi Diwas unites our diverse nation to honor the language. It also inspires a feeling of national identity and pride behind Hindi Day.

How To Celebrate Hindi Diwas?

Hindi Diwas is celebrated in schools, colleges, offices, and organizations to demonstrate the importance of day and language. The majority of schools and universities throughout the country encourage students to attend various literary, cultural, and competitive programs.

This day, in a function that is held at Vigyan Bhawan in Delhi, the President of the country awarded people their contributions to the language. 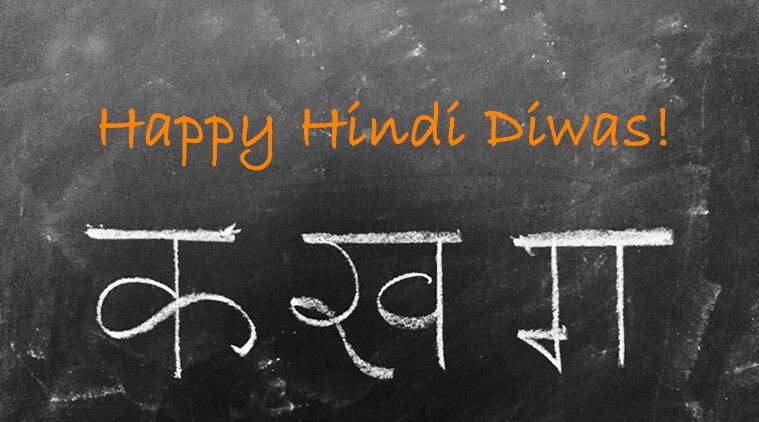 World Hindi Day is different from Hindi Divas that is celebrated annually on September 14.

World Hindi Day is celebrated on the global stage for the promotion of Hindi, while National Hindi Divas are held throughout the country.

The National Hindi Divas was noted by the Constituent Assembly on 14 September 1949 to mark the adaptation of Hindi, written in the Devanagari script as the Union official language.

The word Hindi comes from the Persian word Hind, meaning the land of the river Indus.

• It is Sanskrit based and written in Devnagari script

• It is one of the four languages most spoken worldwide.

• Hindi is the mother tongue of roughly 258 million people worldwide.

The day on which the Constituent Assembly of India accepted Hindi as the country’s official language with English is commemorated by Hindi Diwas. On September 14, 1949, Hindi was listed as the official language.

Also Read: What is “Media literacy” and why does India need it?