Every mother wishes to have a healthy baby. This is why caring for yourself with the right diet, exercise and medical care is critical during your pregnancy. Any new medicines should be taken without your doctor’s approval because certain medicines that cause your child to suffer from serious birth defects or other complications of health. Another such disorder is Gray Baby Syndrome.

What is Gray Baby Syndrome?

This may be a fatal complication for the health of newborns or premature babies. This is due to an excessive dose of the antibiotic chloramphenicol in infants or mothers. Since babies are unable to break down high doses of this drug, it can build up in the bloodstream contributing to cardiac failure. In all cases, the fatality rate is 40 percent.

The primary cause of Gray Baby Syndrome is the use of chloramphenicol. Newborns are unable to process or excrete higher amounts of chloramphenicol. That can result in building up to toxic levels in the bloodstream that can prove fatal. Chloramphenicol may also be given to pregnant women to treat such bacterial infections, which can then be passed on to the fetus. Nursing mothers who have been given chloramphenicol will pass this on to their children via breast milk.

When chloramphenicol is given to a newborn baby within the first three days of birth. Without monitoring the blood levels of the drug, it puts them at risk for this condition. The risk of developing Gray Baby Syndrome is higher in premature infants and under-nourished or underweight children. There is also a risk for babies of pregnant or lactating women who have been given this drug.

The signs of this disorder are likely to emerge from two and nine days after the beginning of treatment. These could involve

If the start of treatment or the diagnosis of the disease is delayed, different types of complications may result.

Early treatment is the best way to get rid of this disease and if the baby is administered, the first step is to stop the drug. The first thing that you do is to stop breastfeeding if you’re medicated with chloramphenicol. The child must be admitted to the hospital for treatment that can include:

Exchange Transfusion: A catheter will remove part of your baby’s blood and substitute it with freshly donated blood or plasma.
Hämodialysis: The baby’s circulation extracts the toxins and regulates the baby’s blood pressure at potassium and sodium levels

The best way to prevent this condition is to avoid chloramphenicol as a medication for infants and not to use it when pregnant or lactating. If chloramphenicol is prescribed when you are at risk, ask your doctor for alternative medication.

There is a good prognosis for the syndrome of the gray baby. Chloramphenicol is the culprit and it can lead to a complete recovery if this drug is stopped immediately after early diagnosis. But the slightest delay in detecting this drug’s presence may be fatal. Depending on the overall health and well-being of the child, the prognosis may change. As well as stable and full-term births, preterm babies and malnourished children may not do the same.

While chloramphenicol may be dangerous, taking it under a doctor’s supervision and typically does not lead to Gray Baby Syndrome only in the prescribed dosage. Blood levels will be constantly monitored in such cases to ensure that the drug is not present in the bloodstream in excess. With the advent of other safer alternatives, chloramphenicol use has declined significantly. 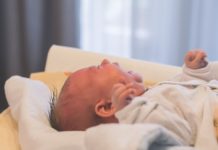 What Causes Overtiredness In Babies? 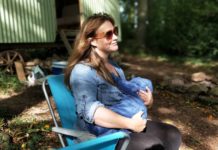 Breastfeeding In Public: Is It Ok? 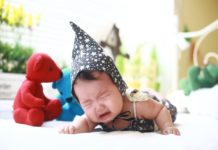 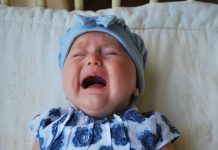 Why Does Baby Cry After Feeding? 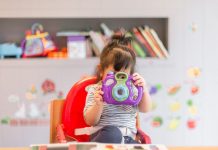 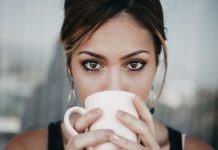 New-born breathing pattern: What is normal and when to see a doctor