There are innumerable books written everyday by various writers. But they fall under the category of gender. We always hear people say “book by FEMALE writer”. I clearly don’t understand the need of adding a category for the word “writer”. A writer is a writer no matter what gender they belong to. There is no need to put categories when you refer to a person as a writer. Just say “book by _this_ writer” and please stop there.

Although when it comes to extraordinary works like these they must be passed on for the better. You need to pass it on to the sisterhood who need to know about it and to men who must learn and to the upcoming generation to educate.

Once in a while, a book comes with pages full of magic. But we have not one but five such amazing books.

Let’s have a look.

Letter to my daughter by Maya Angelou 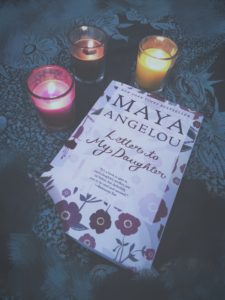 Maya Angelou was an American writer. She has received innumerable awards for her works and around fifty honorary degrees. Her best works are her series of seven autobiographies. The first of them, “I know why the caged bird sings” brought her international recognition.

The Baltimore Sun told about ‘Letter to my daughter’ that “It’s a book to give to one’s daughter, mother, son or father, but definitely one to be read and savored.”

The book consists of essays that are glimpses of the tumultuous life led by Maya Angelou herself. She considers the women across globe as her extended family and therefore, she writes from the heart.

When she speaks in her book, she regards all the women as her daughters and this book is in true sense, a letter to all the daughters in the world.

We should all be feminists by Chimamanda Ngozi Adichie 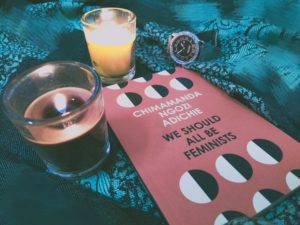 Chimamanda Ngozi Adichie grew up in Nigeria. She has written several books and they are translated in around thirty languages.

She also spoke for TEDx Euston in December 2012. She spoke on being a feminist and the speech was also titled as “We should all be feminists”. This single speech was viewed more than five million times. Later it got published as book in 2014.

Some parts of this speech of Adichie’s TEDx talk were taken in Beyoncé’s song “Flawless” in December 2013, where it attracted further attention.

This book is to be read and savored and to be passed on to as many people as possible.

Her other works include – Americanah, Half of a yellow sun, Purple Hibiscus etc.

Milk and honey by Rupi Kaur 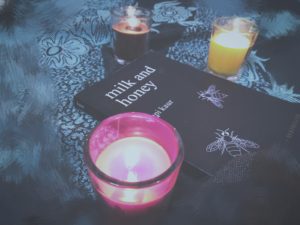 One name that rose to fame and so much that it is not coming down any sooner is the most famous poet – Rupi Kaur. She is a an Indian-born Canadian poet who got famous after she started sharing poetry from her first book – “Milk and honey” which was published in 2014. It’s a collection of poetry, prose and hand-drawn illustration by Rupi herself.

This book was on “The New York times Best seller list” for about 77 weeks and later got translated in 25 various languages.

She writes about Femininity, abuse, self care, heartbreak, and love in such a beautiful way that every other person can relate to her work. They touch your heart and remain there for longer than you’d imagined.

The sun and her flowers by Rupi Kaur 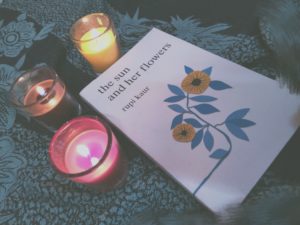 This is the second book by Rupi Kaur. (Because we really cannot get enough of her). This book was published in 2017, two years after her first book.

We see her soul travel from her first book to her second book. This one consists of similar themes but also on loss, trauma and migration. It is truly touching.

The Guardian reviewed her poems by adding that her poems consists of “bravery, beauty and wisdom”.

Comparing her first work to her second one, Kaur said that, “The sun and her flowers is the grown-up version and is also deeper and more emotional”.

Quoting from her book:

“It isn’t blood that makes you my sister

It’s how you understand my heart

As though you carry it

The palace of Illusions by Chitra Banerjee Divakaruni 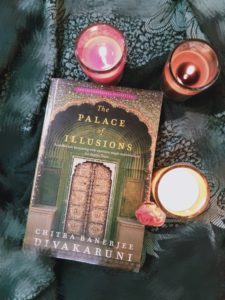 Chitra Banerjee Divakaruni is an Indian-American author. She has written various wonderful works including “Mistress of spices”, “Sister of my heart” etc. But her most famous and most loved work remains to be “The palace of Illusion”.

You must have definitely heard about Draupadi from Mahabharata. She was one of the strongest female character and yet she was abused. We have all heard that story. Now imagine the entire Mahabharata being narrated by Draupadi. Surprised? Well, that’s the specialty of this book. It is a book of about 360 pages and yet it covers the story of the entire Mahabharata with details and most importantly, all being narrated by Draupadi herself.

There is no reason to not pick this book. It will take you to a different world and make you see the rights and wrongs through the eyes of a woman. You will know what was a woman’s desire and wishes and thoughts in the world where men dominated.

These books are nothing less than landmarks in the world of books. These five books, consisting different genres like poetry, prose and fiction are all bound to be one among you favorites. They are the kind of books that will open your mind and heart and light up something beautiful within. If you haven’t had your hands on them already, be quick. The other side is waiting for you.