Bleach was used as a cleaning agent for the kitchen and toilets in each household. Bleach can also be used at home for a pregnancy test. This home pregnancy test is called the Bleach Pregnancy Test, using bleach. It is a fast and affordable alternative to a conventional pregnancy test.

What is a homemade bleach pregnancy test?

The bleach pregnancy test is a DIY test that involves mixing your urine with bleach. To tell you if you are pregnant, the bleach will react with human chorionic gonadotropin (hCG), the pregnancy hormone found in urine.

Bleach pregnancy tests work in the same way as legitimate home pregnancy tests that you buy from the store, although there is no research or evidence to support that. You’re basically urinating in a cup and pouring some bleach into the urine. According to the test’s proponents, foamy urine indicates the presence of hCG, meaning you’re pregnant, while urine that doesn’t foam or just fizzes a bit doesn’t contain hCG, meaning you’re not pregnant.

What do you need to do the test?

You’ll need the following items for the Bleach Pregnancy test:

Not very precise — so you don’t have to count on one to tell you if you’re pregnant. Bleach pregnancy tests have never been studied and they are not recommended by any major medical organization.

But what if you’re just trying it for fun? Some DIY tests (such as the sugar pregnancy test) are completely harmless and playing around with them is fine as long as you also take a store-bought pregnancy test to confirm your results. But the bleaching test is a bad idea, say many OB / GYNs, as it may be dangerous to inhale bleach smoke, particularly if the bleach is mixed with ammonia and you do so in a closed area such as the bathroom. You also need to avoid any direct skin or eye contact and bleach, as it can cause irritation and burning.

Bleach is a strong chemical and has not been studied in pregnant females. Experts don’t know if inhaling y fumes might be harmful to your baby, so minimizing your exposure during your pregnancy makes sense. Even if the test only takes a few minutes, you’re better safe than sorry, right? In addition, there is a possibility that bleaching can irritate your eyes, nose, throat, or lungs, as it is with other heavy-duty cleaning products. Homemade bleach pregnancy tests have the potential to be detrimental to both you and your child, and there is no evidence that they work. You’re better off skipping them completely in favor of both precise and safe drugstore pregnancy tests.

During the Bleach Pregnancy test, it is very essential to take safety precautions. You should take some precautions here:

A very useful home-based test for checking pregnancy is the Bleach Pregnancy Test. The results of this test, however, are not 100% conclusive. For confirmed results, it is highly recommended that you get a standard pregnancy test done in a hospital. 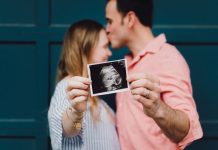 Is It Possible To Get Pregnant After Two Miscarriages 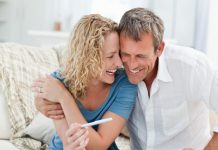 Benefits Of Vitamin E For Fertility 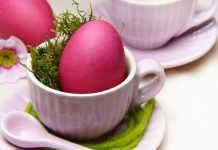 Know The Signs And Symptoms Of Ovulation 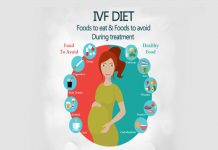 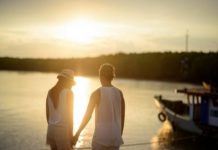 Know The Concept Of Conception Moons? 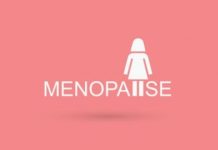 What Changes In Hormone Occur During Menopause?

Surprising Benefits Of Rose Water For The Eyes

Look Inside To Know About Trendy Accessories In 2019