Acupuncture for weight loss: Does it work?

Scientists are only beginning to understand all of the benefits acupuncture has to offer, and recent studies have been exploring the therapy beyond its ability to manage pain. Among its growing list of potential uses? Weight loss.

Acupuncture has been used as a pain remedy for years—and now researchers are questioning whether it may aid in weight loss.

When every diet out there has failed you and hitting the gym has done all it can, acupuncture may be worth a shot.

Acupuncture is a traditional Chinese medicine (TCM) practice that originated thousands of years ago. It is based on the premise that a blockage or disturbance in the flow of the body’s life energy, or “qi,” can cause health issues. Acupuncturists insert hair-thin needles to specific acupuncture points throughout the body to restore the flow of qi, balance the body’s energy, stimulate healing, and promote relaxation.

According to TCM theory, there are over 1000 acupuncture points on the body, each lying on an invisible energy channel, or “meridian.” Each meridian is associated with a different organ system.

How Does Acupuncture Work?

Researchers don’t fully understand how acupuncture might work, but there are numerous theories. One theory is that acupuncture works by stimulating the release of endorphins, the body’s natural pain-relieving chemicals.

Acupuncture is also said to influence the autonomic nervous system (which controls bodily functions) and the release of chemicals that regulate blood flow and pressure, reduce inflammation, and calm the brain.

Acupuncture is said to be useful in addressing a variety of health conditions, including:

Advocates of acupuncture for weight loss believe that acupuncture can stimulate the body’s energy flow (chi) to impact factors that can reverse obesity such as:

So, for weight loss, acupuncture treatments commonly target these areas of the body.

The ear is another area that acupuncture practitioners target for weight loss. It’s believed that food cravings can be controlled by manipulating points on the ear.

This is a similar treatment to that used by acupuncture practitioners to help smokers and drug users end their addictions.

In recent years, a number of studies have revealed auricular therapy (acupuncture performed on the ears) for weight loss as most effective. The ear is considered a homunculus, or tiny map of the body, and has been used since the Stone Age across the globe to address a myriad of health concerns.

For weight loss, there are two main approaches – a single needle for appetite control or a five-needle technique for more comprehensive effects on the body.

Some research has suggested that acupuncture can help people curb or kick additions. One study out of Yale University, for instance, found that people who were addicted to cocaine were less likely to use the drug over the eight-week study period if they received acupuncture in specific points of their ears. Study participants who received “sham” acupuncture, or had needles placed in parts of their ears that Chinese medicine doesn’t map to any benefits, as well as those who only underwent relaxation exercises, continued to use cocaine more regularly.

Other research has shown support for similar ear-based acupuncture as a weight-loss aid, perhaps because it helps some people manage what some consider an addiction to food. We know that food addictions can lead to weight gain. Acupuncture might alter brain chemicals associated with these addictions and, in this way, help with weight loss.

How many sessions will I need?

Although different acupuncture practitioners recommend different levels and lengths of treatment, if you plan on losing 10 to 15 pounds, having several treatments a week for six to eight weeks is a common program.

What to Know Before Your First Acupuncture Appointment

Though it involves needles, acupuncture shouldn’t hurt. After all, the needles are about the size of a human hair. 40-some of them could fit in the type of needle most Americans are used to from shots and blood draws. Acupuncture is a whole new relationship with needles. Its recommended to get the therapy at least once a month for the best results.

Be sure to find a licensed practitioner and check with your doctor if you have ongoing health problems, especially those involving the central nervous system. Though the therapy is generally safe and less expensive than many drugs and diet pills, the industry isn’t tightly regulated and often sessions aren’t covered by insurance.

It’s also important that you manage your expectations too. It’s important that we prioritize the approaches (for weight loss) that we do have evidence to support: eating the right foods and getting regular exercise.

What is Superbrain Yoga and how does it work? 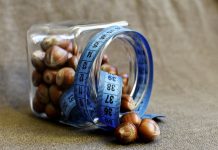 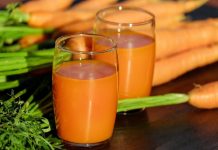 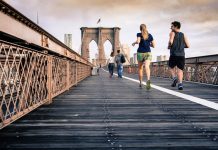 Want To Know How To Start Running? 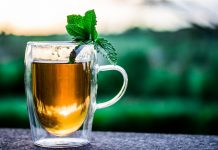 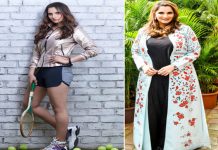 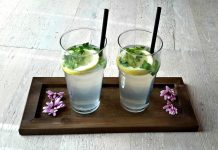 7 Weeks Pregnant: What To Expect?

Life Skills For Children To Learn

Aware Your Child About Good Touch and Bad Touch